Mahatma Gandhi Quotes Everyone Must Read and Enlighten Themselves. 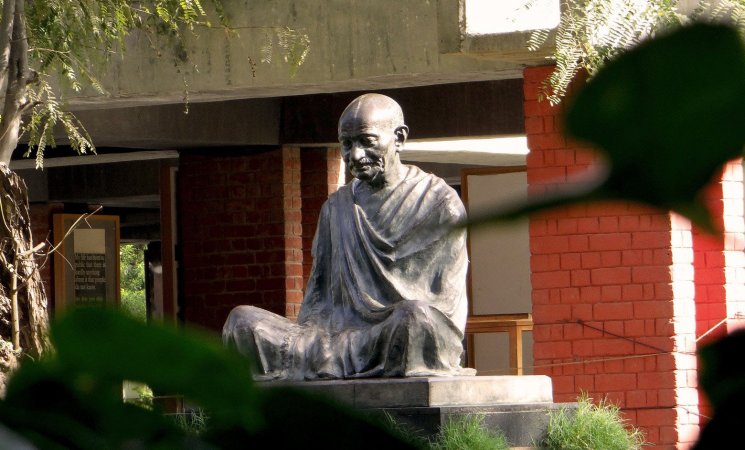 Mohandas Karamchand Gandhi, the Father of India, is popularly known as "Bapu". Born on 2nd October 1948 in the Porbandar district of Gujrat, Mahatma Gandhi was a true freedom fighter who raised his voice and spirit against the British.

A firm believer of Satya (Truth) and Ahimsa (Non-violence), Gandhiji fought the entire freedom rights on his principle. He was not only an iconic freedom fighter to launch the Quit India Movement but also a motivational speaker to influence people to fight for their rights. Along with it, he had also worked for the upliftment of the children, had written multiple articles for different newspapers, and famous quotes to motivate people till date.

He was one of the leading characters in India’s independence. Gandhiji led his life on his principles till his last breath on 30th January 1948 when Nathuram Godse shot him.

The words of this great man still echos in our mind and lifts up the spirits of the one reading it. On this 152nd birth anniversary of Mahatma Gandhi on 2nd October 2021, let’s recollect and revive ourselves with some of his best quotes:

A Glimpse of Famous Quotes by Mahatma Gandhi on his Birthday

Some of the Most Used Quotes Till Date

Quotes that are Empowering the World

Words that have the Power to Change Our Life

These are just a few lines from the great man’s mind. His kindness, honesty, bravery, and courage make us remember him every year on this day till date. Not yesterday or just today, Gandhi Jayanti will be celebrated in India for the coming years too. Being a man of his words and ideologies, Mahatma Gandhi is admired not only by the Indians but the people of the whole world.